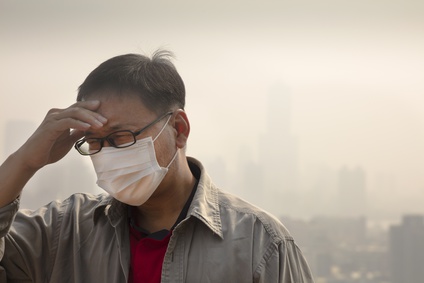 Monday December 7, 2015 marked a historic day for China and the world but not the kind of history to be proud of. China issued its first-ever Red Alert for the city of Beijing, this is first time they had raised the alert to its highest level since an emergency air-pollution response system was announced in 2013.

In China there has been tightened emission standards with heavy investment in solar, wind and other renewable energy, but there is a long way to go. China still uses coal for more than than 60 per cent of its power [1].

Though Beijing has 22.5 million people, what is of even more concern, is that as reported by CBC News there are many cities with worst air pollution “according to the annual averages of air pollution in a 2014 World Health Organization report, Beijing doesn't even crack the top 20." [2].

As air pollutions knows no borders, it’s important that everyone understands we are tied to worldwide air pollution patterns. It is encouraging to see many cities including Los Angeles and Beijing working together to promote clean air in their cities. The following Los Angeles times article outlines both national and local plans after a recent meeting between the US & Chinese Presidents http://www.latimes.com/world/asia/la-na-cities-climate-china-20150914-story.html

As air pollution is everyone’s problem there is much we can do as individuals such as riding a bike to work, or composting vs burning organic material, etc. Share your thoughts on air pollution and what we can do to reduce levels worldwide.