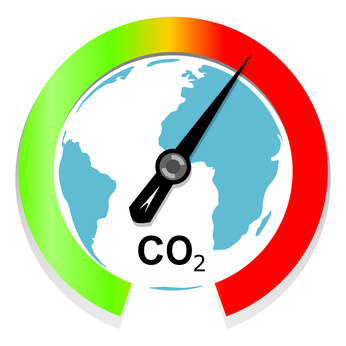 Based on ongoing record keeping, NOAA the National Oceanic and Atmospheric Administration reports that “For the first time since we began tracking carbon dioxide in the global atmosphere, the monthly global average concentration of this greenhouse gas surpassed 400 parts per million in March 2015”.

The most disturbing infromation is shared by James Butler, director of NOAA's Global Monitoring Division. He said “it would be difficult to reverse the increases of greenhouse gases which are driving increased atmospheric temperatures. Elimination of about 80 percent of fossil fuel emissions would essentially stop the rise in carbon dioxide in the atmosphere, but concentrations of carbon dioxide would not start decreasing until even further reductions are made and then it would only do so slowly."

It seems the rise in global CO2 levels is going to continue, which brings more questions than answers. What increasing negative effects will this have? What can be done individually and by all of us as a whole? How will atmospheric levels affect indoor levels and monitoring in places like classrooms and offices?

For Aretas, it brings some technical considerations, including what baseline calibration levels will be used? Our next blog will focus on carbon dioxide sensor calibration with methods such as Automatic Baseline Calibration (ABC).

Let us know how you or your company monitors your carbon dioxide emissions and works to lower your carbon footprint?