In May, the World Health Organization updated the acceptable levels of small particulate matter, nitrogen dioxide and ground-level ozone. The information presented by CBC News referencing an editorial by the Canadian Medical Association Journal calls for Canada to adjust it levels saying “Canada can't afford complacency on air pollution”. 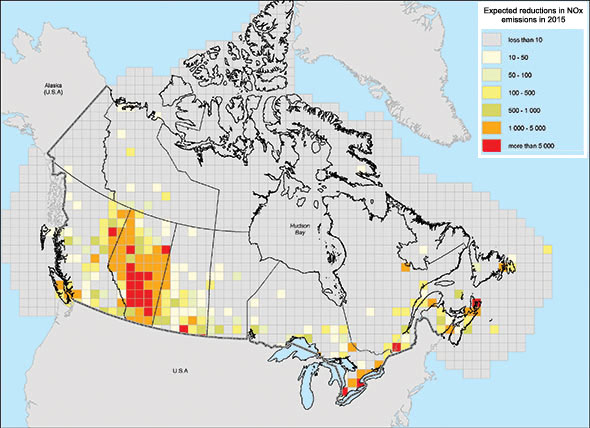 Is Canada keeping up with the WHO standards? With further reading, it looks like in 2015 that new lower levels were set for PM 2.5 and Ozone via the Canadian Ambient Air Quality Standards (CAAQS) though, as confirmed in the news article, these levels are higher than the new standards established by the WHO http://www.ccme.ca/en/current_priorities/air/caaqs.html

The article goes on to state air pollution is a “Silent Killer” and air pollution levels vary greatly geographically across Canada. The crux of the article is that reducing air pollution will help reduce many health issues and mortality rates.

I does appear that Health Canada is aware of the air pollution standards discrepancy, though the question remains as to when these standards may be lowered again?

One good resource for Canadian air pollution information is the Canadian Council of Ministers of the Environment (CCME) http://www.ccme.ca/en/resources/air/pm_ozone.html From another report posted by Environment Canada the image to the right shows possible reductions in NOx emmissions in 2015 if a proposed regulatory system is in place and reaches it's targets this year http://www.ec.gc.ca/doc/media/m_124/p2_eng.htm

Let us know about any updates you may have regarding Canada’s air quality efforts in the comments.